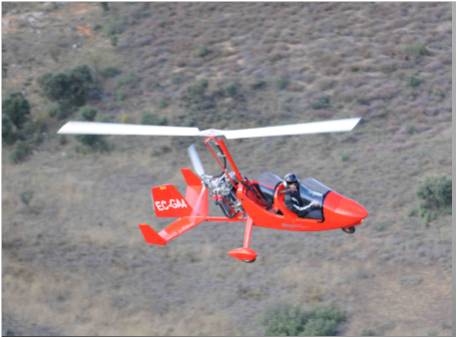 our distributor, ask us.

The autogyro, also known as rotaplane, gyrocopter or gyroplane, is a flying machine, similar to airplanes and helicopters, but with unique characteristics that make it one of the most secure and special aircrafts ever.

This machine is a type of rotorcraft that in appearance looks similar to helicopters, however, unlike these, autogyro uses an unpowered rotor that requires have air flowing through the rotor disc to generate rotation.

The gyroplane was designed by Juan de la Cierva, a Spanish engineer that created an aircraft that could fly at slow speeds. The autogyro was first flown on January 9th 1923 in Madrid. The main feature of autogyros is to power the rotor by autorotation (unlike the helicopters that require use of active rotation), this Cierva´s invention resulted in a revolution in aviation.

Autogyros are very smooth and stable in flight, due to the centrifugal effect of the rotor, at the same time, minimizes the effect of turbulence. The gyroplanes can be flown in strong winds, and can practically be used year-round.

Characteristics and uses of autogyros

The main autogyro characteristics are short takeoffs, agility in maneuvering and flight safety, that make of them different from other aircraft. These particularities together with the relatively low cost, compare to other aircrafts, make these aircrafts an interesting choice for public bodies, police or even armies machine.

Although the gyroplanes are mainly use for recreational flying, there are many other fields that are currently including autogyros as the aircraft of choice. 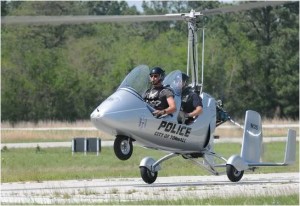 This website uses cookies to improve your experience while you navigate through the website. Out of these, the cookies that are categorized as necessary are stored on your browser as they are essential for the working of basic functionalities of the website. We also use third-party cookies that help us analyze and understand how you use this website. These cookies will be stored in your browser only with your consent. You also have the option to opt-out of these cookies. But opting out of some of these cookies may affect your browsing experience.
Necessary Always Enabled
Necessary cookies are absolutely essential for the website to function properly. This category only includes cookies that ensures basic functionalities and security features of the website. These cookies do not store any personal information.
Non-necessary
Any cookies that may not be particularly necessary for the website to function and is used specifically to collect user personal data via analytics, ads, other embedded contents are termed as non-necessary cookies. It is mandatory to procure user consent prior to running these cookies on your website.
SAVE & ACCEPT
× Need help?